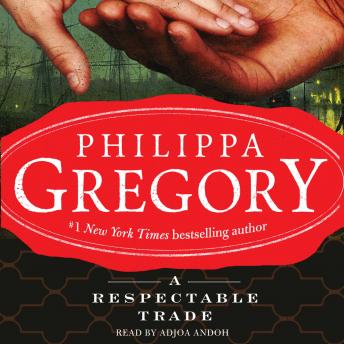 This month we discussed A Respectable Trade by Philippa Gregory. This differs from Gregory’s Tudor and earlier novels, as it is set in a booming Bristol of 1787 and describes the immense human suffering caused by the triangular slave trade and the greed of merchants. Josiah Cole is a small-time merchant whose ambition leads him to marry for wealth and risk everything in an attempt to increase his social standing. His gambles include bringing slaves to England to train as servants for sale at a higher price than he can obtain from the Caribbean plantation owners. His wife, Francis, is caught between her genteel upbringing, life as a merchant’s wife and the slaves she is required to train, particularly Mehuru, the most senior, who was an African priest in his former life. In the background is the beginning of the abolitionist movement in parliament.

This provoked a mixed reaction from the group. One of Gregory’s earlier books, it is perhaps not as well written as her more well-known works and we didn’t find some aspects of the story credible. However, as usual, there is plenty of historical background.