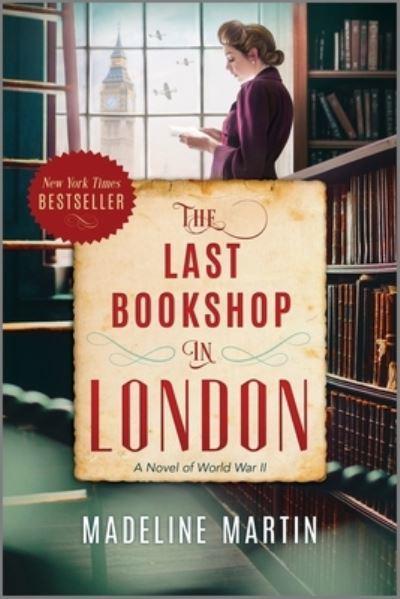 We held our December meeting in early January to avoid the holiday season and discussed the Last Bookshop in London by Madeline Martin. On the eve of World War II, Grace arrives in London and obtains a job in a rundown, dusty old bookshop, which she brings to life and where she entertains people with book readings. The book provides background on the early years of the war, food rationing and the blitz. Unfortunately, the characters were felt to be lightly drawn and too sweet and the plot somewhat clichéd and predictable. Reactions varied between those who did not finish the book to those who found it an easy read whilst they were busy with Christmas preparations. Despite the positive reviews elsewhere, no one in the group felt they could recommend the book!

We also considered which was the best book we had read in 2021. Amongst the fiction we have read, there was no consensus, with the most votes split between Min Jin Lee’s Pachinko and John Boyne’s The Heart’s Invisible Furies. There was unanimity that The Boys in the Boat by Daniel James Brown was the best non fiction book (and possibly the best book overall).

Jan The Final Round Bernard O’Keeffe

May Klara and the Sun Kazuo Ishiguro