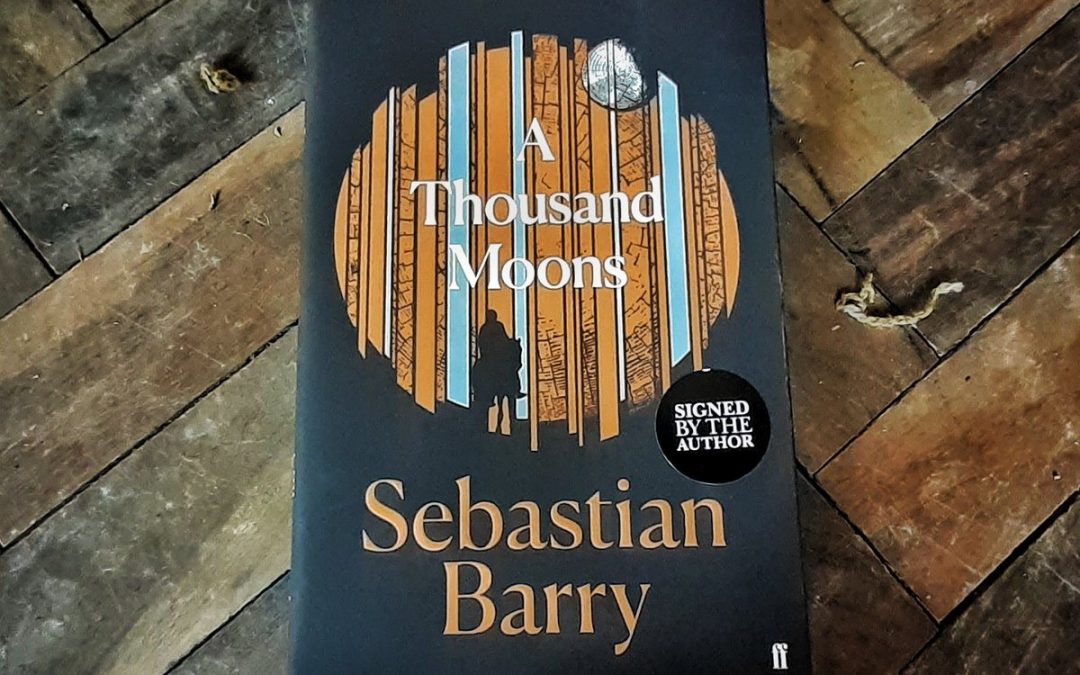 In August, we read A Thousand Moons by Sebastian Barry. Set in the 1870s, this is the story of Winona, a Native American orphaned in the American Civil War and adopted by two soldiers.  Growing up with them on a farm in Tennessee, she is educated and loved and attempts to forge a new life. She works for an elderly local lawyer and is courted by a Polish-American but then she is brutally attacked and raped, a crime she can neither name nor fully remember. Then Tennyson, a freedman working on the farm, is also attacked. We then follow Winona as she takes matters into her own hands and seeks justice. She dresses as a boy, which gives her greater freedom, but is caught up in fighting and subjected to trial under false allegations by a terrorist turned judge.

The story is told by Winona and many of the group found the American Indian style of the prose difficult to get into. Most of the book is quite slow-paced but the general view was that the ending was rushed, as all the loose ends were tied up. It provides an insight into the difficult lives of the Natives in some states after the Civil War and it was interesting that two gay men and later, when Winona takes a girlfriend, a lesbian couple, lived openly despite being in a very traditional part of the States. This is a sequel to Sebastian Barry’s award-winning Days Without End.